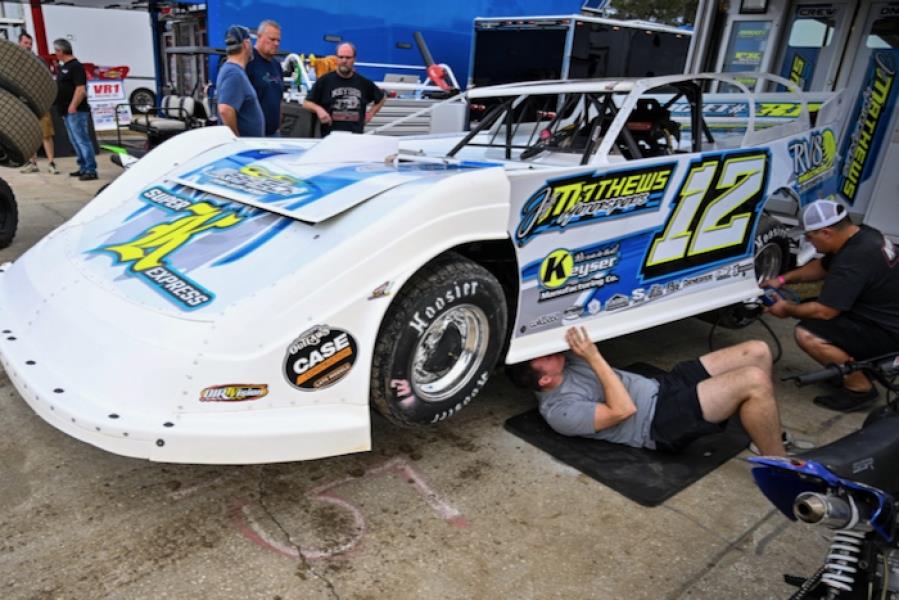 The 2023 season kicked off for Ashton Winger on Thursday afternoon as he entered the Mathews Motorsports No. 12 Late Model into battle at Volusia Speedway Park (Barberville, Fla.) for the fourth annual Sunshine Nationals.

Drawing 48 World of Outlaws Case Late Model Series entries for the tour opener, Winger followed up the 16th-fastest qualifying effort in his time trial group with a sixth-place finish in his heat. Sending the top-three from his B-Main into the A-Main, Ashton fell short with a fifth-place outing.

For another $8,000-to-win event on Friday, Ashton’s sixth-place finish in his heat race relegated him into one of three consolation races. Needing to place second or better to make the show, Winger logged a seventh-place finish, ending his night early.

Full results from the weekend are available at www.WorldofOutlaws.com.