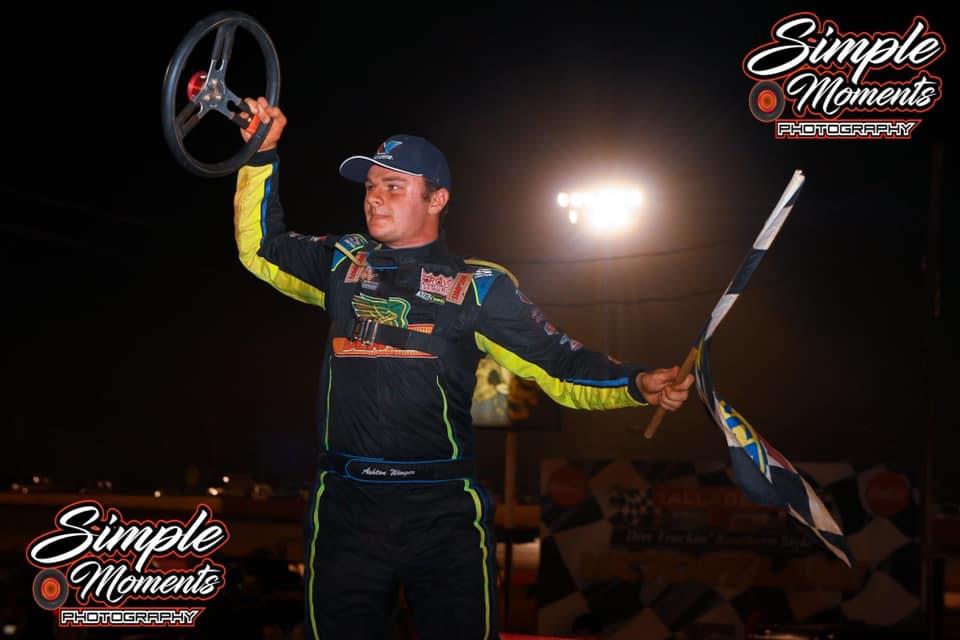 The victory, which came in the annual Governor’s Cup, marked the first for Winger behind the wheel of the team’s familiar entry.

“Man that was an intense race. (Michael) Page made me work hard for it, but we got the job done. I just can’t say enough thanks to Augie (Burttram) and Mike (Rey) and everyone at Big Frog Motorsports for this opportunity. These guys are providing me with everything that I need to win, and it means a lot to me to get them to Victory Lane,” Winger said. “We’ve got a big weekend in the Northeast in front of us, and we’re geared up to chase more big checks.”

In a field of 38 cars, Winger followed up the second-fastest lap in his group with a heat win. After sliding ahead of early pacesetter Sam Seawright on lap 23 of the feature, Ashton turned back a hard-charging Michael Page late to capture his second overall win of the season and a $10,000 payday. The victory marked his first with Big Frog Motorsports.

He claimed his third series triumph ahead of Seawright, Austin Horton, Jason Hiett, and Todd Morrow.

Full results from the event are available at www.IMdirt.net .

Winger and Big Frog Motorsports now have a trio Pennsylvania and Ohio events in front of them this weekend. On Friday the action opens at Lernerville Speedway (Sarver, Pa.) with a $4,000-to-win Zimmer’s United Late Model Series (ULMS) program.

For more details on the weekend’s slate, please visit www.ULMSracing.com and www.WoOLMS.com . 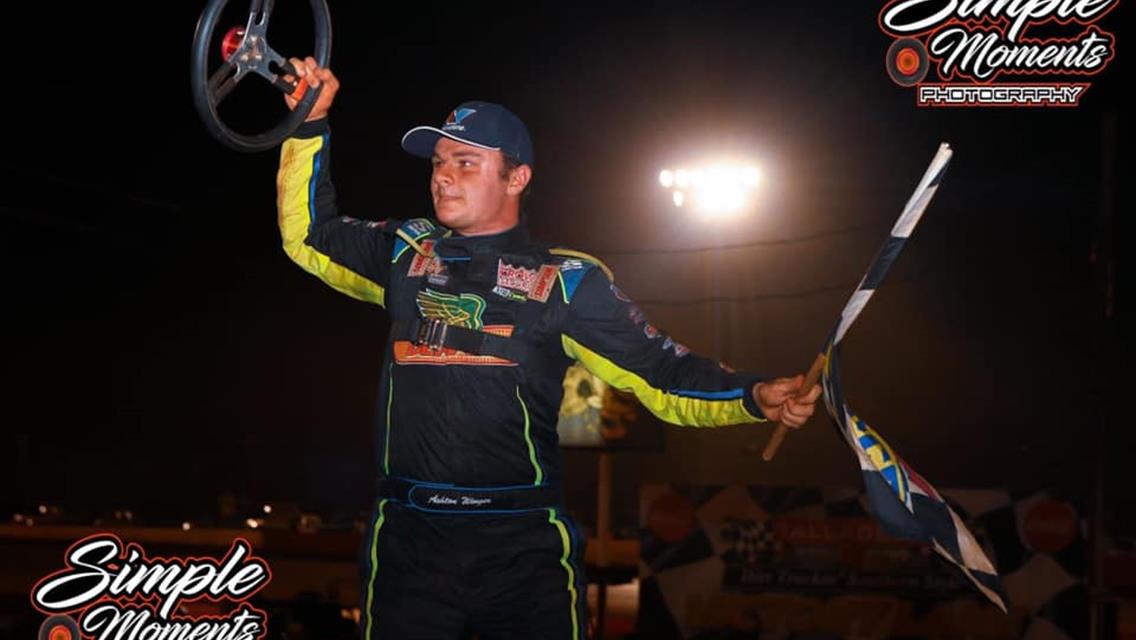 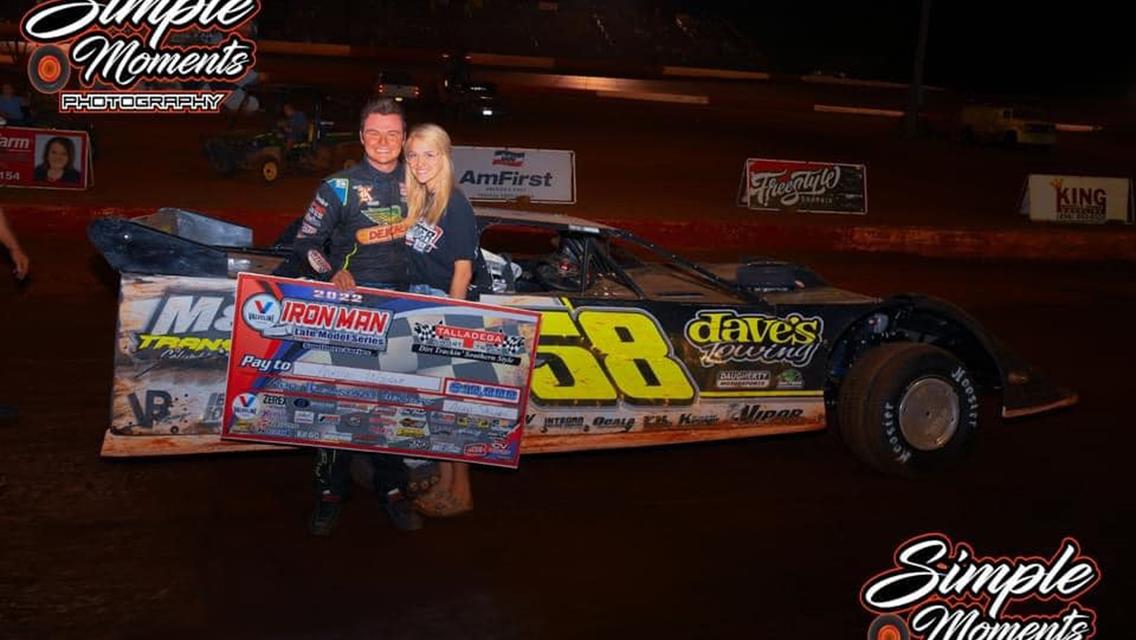 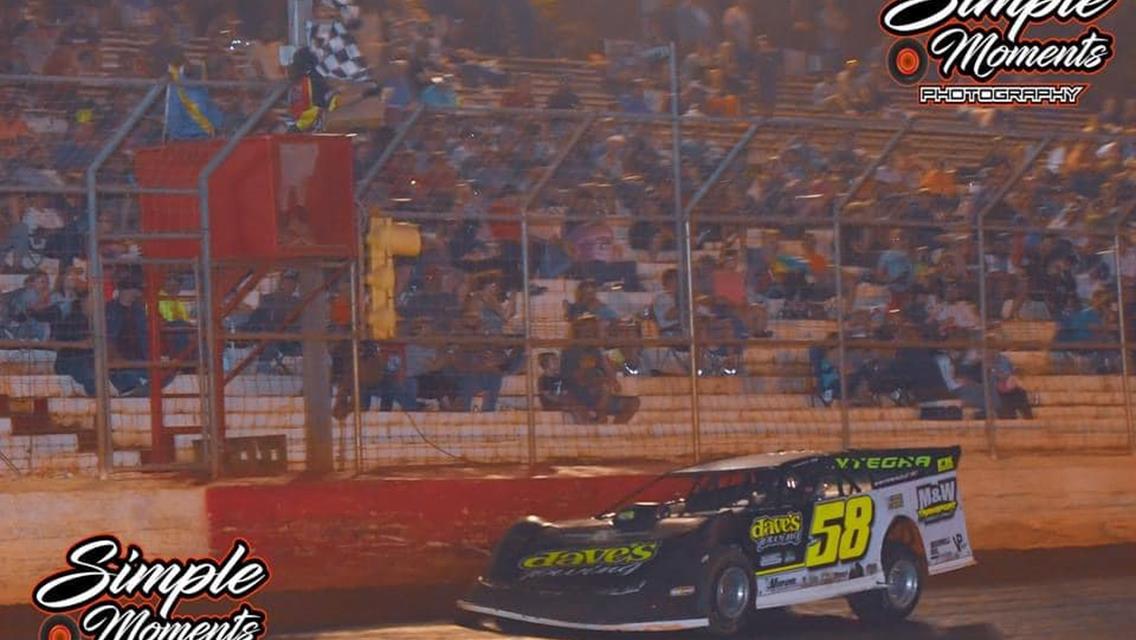