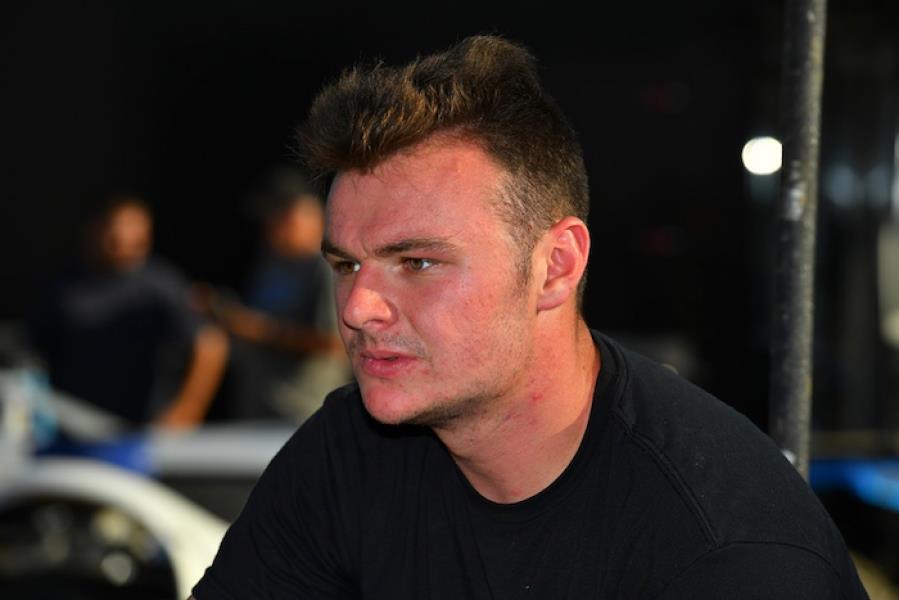 Ashton Winger hopped behind the wheel of the G.R. Smith-owned No. 22 Late Model on Friday afternoon as the Schaeffer’s Southern Nationals kicked off the 12-race tour at Beckley Motor Speedway (Beckley, W.Va.). (Michael Moats photo)

After his 13.462-second lap in time trials earned him the fast time honors, Winger outran Cory Hedgecock in his heat race to pick up the win. Starting the opening night feature on the pole, Ashton suffered a flat right-rear tire while battling for the lead with Carson Ferguson that dropped him to the tail. He salvaged a 15th-place finish.

For another $10,053-to-win A-Main on Saturday afternoon at Wythe Raceway (Rural Retreat, Va.), Ashton’s fourth-place finish in his heat race positioned him on the sixth row for the feature. Carrying a steady pace in the 53-lap affair, Winger recorded a 12th-place finish.

On Sunday afternoon at Volunteer Speedway (Bulls Gap, Tenn.), Winger broke a transmission during hot laps that prevented him from recording a lap in time trials. Following a seventh-place finish in his heat, Ashton passed four cars in the main even to finish 15th.