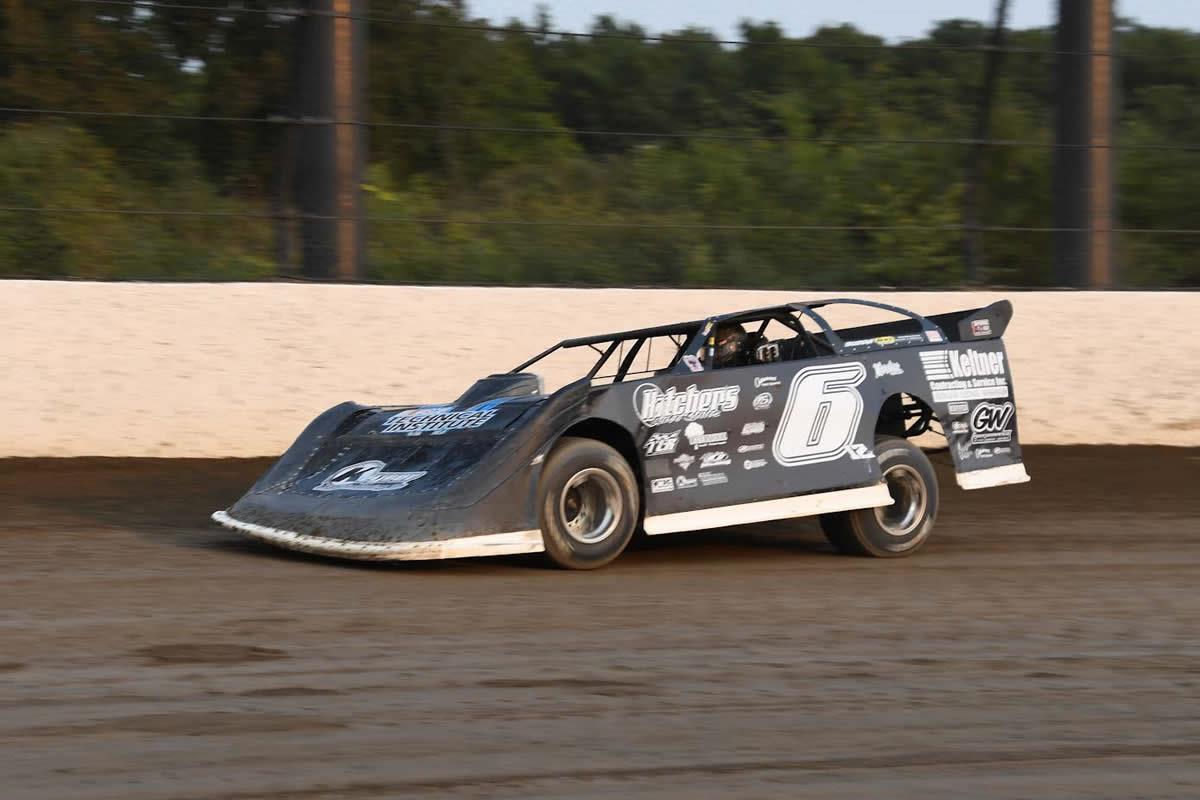 Returning to the driver’s seat of the Hatcher Motorsports No. 6 Late Model, Ashton Winger was one 80 Late Models on hand at Eldora Speedway (Rossburg, Ohio) on Wednesday afternoon to compete in preliminary action for the 51st annual World 100. With the stout field divided into two groups, Ashton edged his way into the $10,000-to-win A-Main with a fourth-place finish in his heat. Carry a steady pace throughout the 25-lapper, Winger recorded a 16th-place finish. (Todd Healy photo)

Starting in sixth in his heat race on Thursday, Winger secured his spot into the $54,000-to-win World 100 with a second-place finish. Rolling off 10th, Ashton rebounded to place 16th after getting involved in a tangle on the 15th circuit.

For another round of preliminary features on Friday as the 50th annual World 100 kicked off, Ashton grabbed the fifth-and-final transfer spot in his heat, which positioned him 17th on the starting grid for the A-Main. With $10,000 on the line, Winger advanced forward seven spots to register a ninth-place finish.

For the finale on Saturday, Winger came in sixth in his heat before streaking to a 20-lap consolation victory. Starting the $53,000-to-win World 100 in 22nd, Ashton was an early retiree from the 100-lapper on the third circuit.