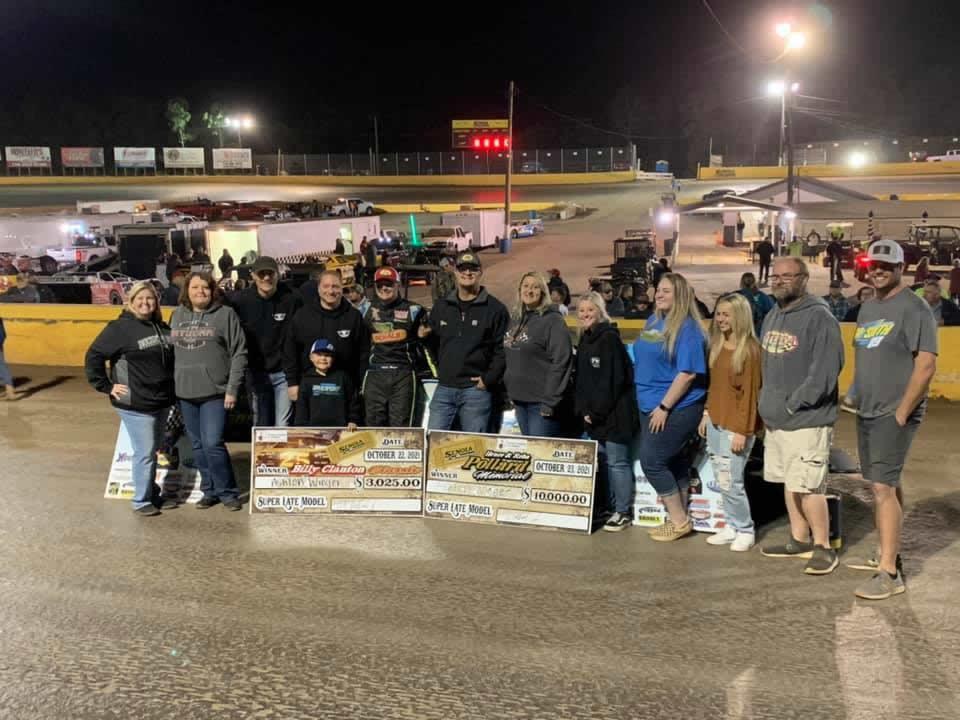 The grey dirt at Senoia Raceway has been especially kind to Ashton Winger in 2021. Over the weekend the Georgia oval was even more generous as Winger raced to back-to-back Southern All Star (SAS) wins at the facility in the Team 22 Inc. No. 89 Longhorn Race Car / Cornett Racing Engine Super Late Model.

In five starts in 2021 at Senoia Raceway, Winger is a perfect five-for-five.

"This place is badass. It's wide, you can race, it seems like 10 lanes on it. The main thing I do is I go in there, and I try to attack lapped traffic as hard as I can. And even if them guys cross me over, at least they know I'm there and, you know, they're good enough about letting me go, and I appreciate that," Winger said. "It really all goes to having a really maneuverable race car and having awesome people around me. I get to do the front part. As hard as it may be to believe, this is definitely the easy part. And everybody behind me who works their ass off on this thing, it don't go unnoticed and I'm super thankful for it."

On Friday evening, Ashton Winger visited Senoia Raceway (Senoia, Ga.), where he returned to the driver’s seat of the Team 22 Inc. No. 89 Late Model for the opening round of the doubleheader weekend with the Southern All Star Series.

Drawing 24 entries for the Billy Clanton Classic, Ashton’s third-fastest qualifying effort in time trials pinned him on the second row for the feature. Overtaking early pacesetter Austin Horton for the lead on the 18th circuit, Winger charged to his 11th win of the season, which came ahead of Horton, Shane Clanton, Brandon Overton, and Dalton Cook. He earned $3,025 for his winning performance.

For the Hence and Reba Pollard Memorial on Saturday evening, Winger outdueled polesitter Shane Clanton in his heat race to pick up the 10-lap victory. Whizzing past fellow front-row starter Brandon Overton for the lead on the fifth circuit of the feature, Ashton raced to his second win as many nights and 12th overall on the 2021 campaign. He took the checkers ahead of Overton, Ricky Weiss, Austin Horton, and Shane Clanton to claim $10,000.